You have been drafted by the government to help in the demining effort in a former war-zone.73 In particular, retreating forces have left very sensitive bombs in some of the sealed rooms. The bombs are configured such that if even one photon of light is absorbed by the fuse (i.e. if someone looks into the room), the bomb will go off. Each room has an input and output port which can be hooked up to external devices. An empty room will let light go from the input to the output ports unaffected, whilst a room with a bomb will explode if light is shone into the input port and the bomb absorbs even just one photon — see Figure 3.10. 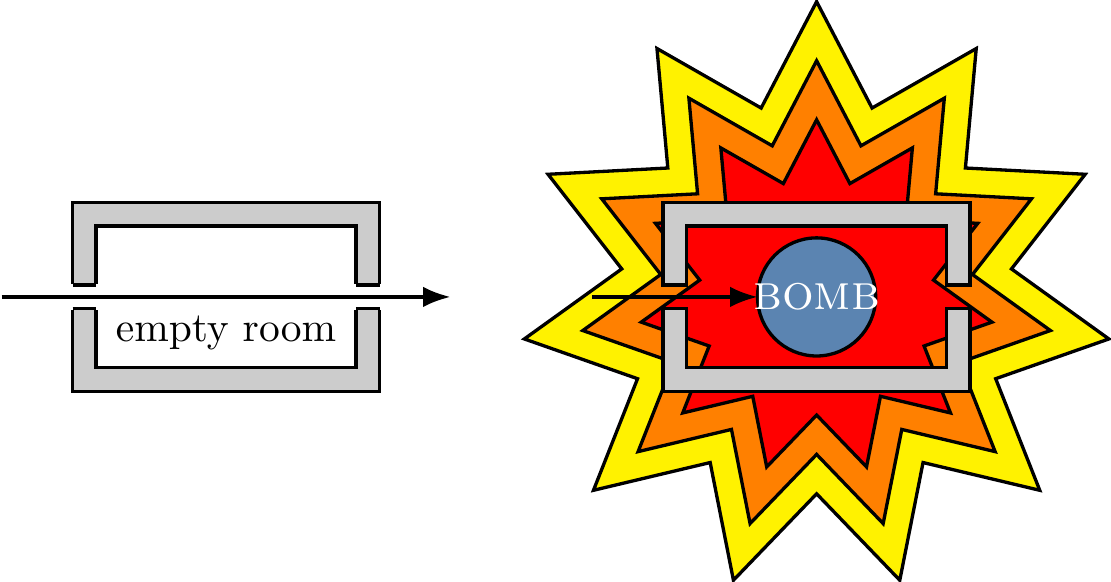 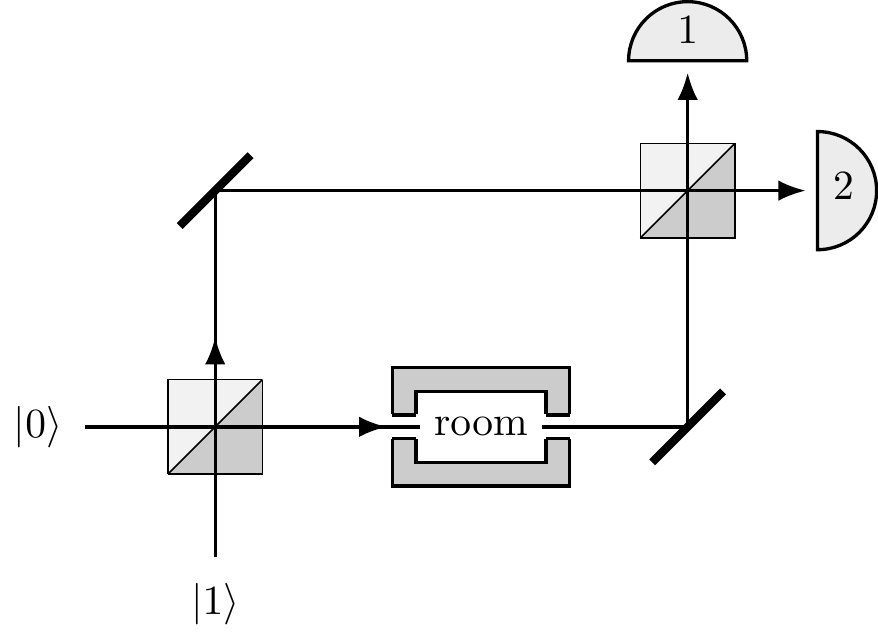 Figure 3.11: The Mach–Zehnder interferometer hooked up to the bomb-testing room.

Show that is an orthonormal basis of the space of complex matrices with respect to the Hilbert-Schmidt product.

Recall that any complex matrix has a unique expansion in the form for some complex numbers , , , and .

3.7.4 Linear algebra of the Pauli vector

In what follows, we use the notation from our algebraic treatment of Pauli operators in Section 3.3, where we defined the Pauli vector .

Show that the phase gate represents an anticlockwise rotation about the -axis through the angle .

Hint: it might be helpful to start with the version of the phase gate:

3.7.8 Geometry of the Hadamard

In the Singapore Botanic Gardens, there is a sculpture by Ueli Fausch called “Swiss Granite Fountain”. It is a spherical granite ball which measures 80cm in diameter and weighs 700kg, and is kept afloat by strong water pressure directed through a basal block. It is easy to set the ball in motion, and it keeps rotating in whatever way you start for a long time. Suppose you are given access to this ball only near the top, so that you can push it to make it rotate around any horizontal axis, but you don’t have enough of a grip to make it turn around the vertical axis. Can you make it rotate around the vertical axis anyway?

A qubit initially in state is placed in a uniform magnetic field. The interaction between the field and the qubit is described by the Hamiltonian where is proportional to the strength of the field.75 What is the state of the qubit after time ?