Quantum theory, at least at some instrumental level, can be viewed as a modification of probability theory: we replace positive real numbers (i.e. probabilities) with complex numbers , called probability amplitudes (or simply “amplitudes”), such that the squares of their absolute values are interpreted as probabilities.

The correspondence between probability amplitudes and probabilities is known as Born’s rule, named for physicist and mathematician Max Born (1882–1970). 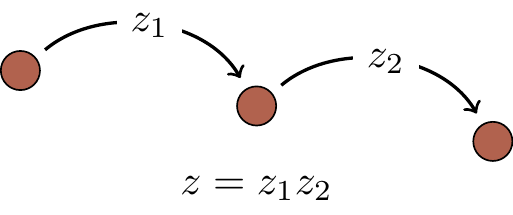 That’s it! These two rules are basically all you need to manipulate amplitudes in any physical process, no matter how complicated.18 They are universal and apply to any physical system, from elementary particles through atoms and molecules to white dwarfs stars. They also apply to information, since, as we have already emphasised, information is physical. The two rules look deceptively simple but, as you will see in a moment, their consequences are anything but trivial.