3.1 Physics against logic, via beam-splitters

A symmetric beam-splitter is a cube of glass which reflects half the light that impinges upon it, while allowing the remaining half to pass through unaffected. For our purposes it can simply be viewed as a device that has two input and two output ports, which we label with and as in Figure 3.1. 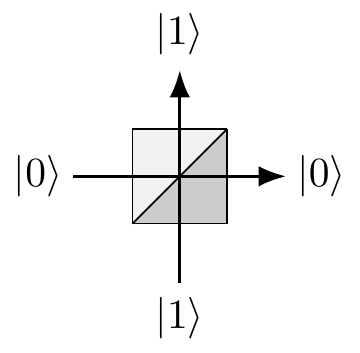 If we fire the photon into the input port , it may seem obvious that, at the very least, the photon is either in the transmitted beam or in the reflected beam during any one run of this experiment. Thus we may be tempted to think of the beam-splitter as a random binary switch which, with equal probability, transforms any binary input into one of the two possible outputs. However, as you might expect (now having already learnt about the double-slit experiment), this is not necessarily the case. Let us introduce a second beam-splitter and place two normal mirrors so that both paths intersect at the second beam-splitter, as well as putting a detector at each output port of the second beam-splitter (see Figure 3.2). 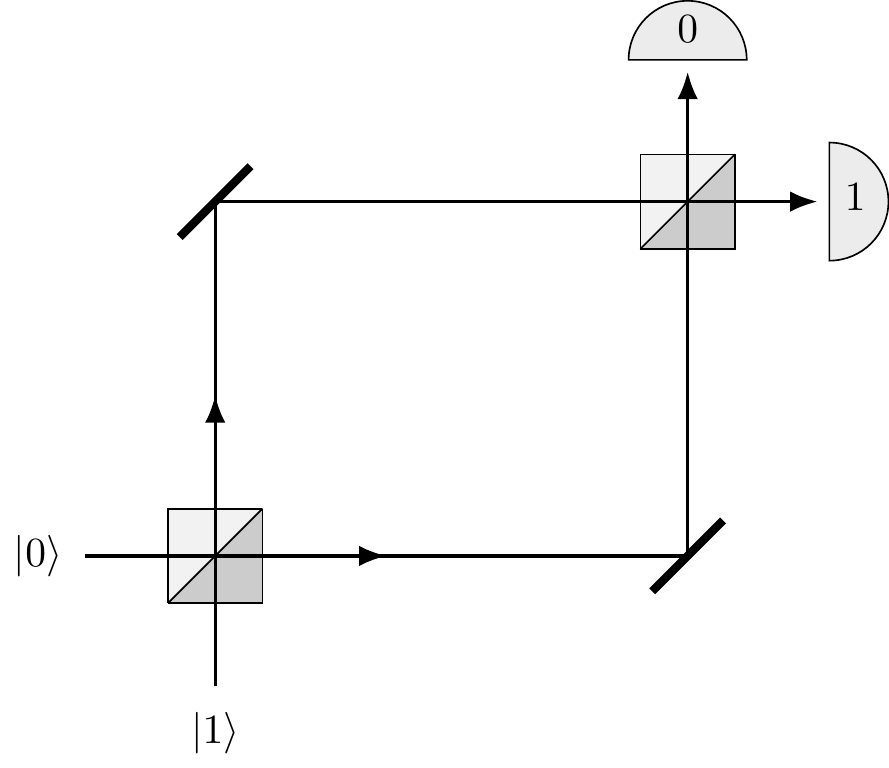 Figure 3.2: Two beam-splitters with mirrors, arranged so that the photon travels through both, along with two detectors. We label the detectors in such a way that, if a photon enters input and is transmitted (not reflected) through both beam-splitters, then it is detected by detector .

However, if we set up such an experiment in a lab, this is not what happens!

There is no reason why probability theory (or any other a priori mathematical construct for that matter) should make any meaningful statements about outcomes of physical experiments.

Figure 3.3: The two possible classical scenarios. Note that this is not what actually happens in the real physical world!

Unlike probabilities, amplitudes can cancel out each other out, witnessing destructive interference.

We can now go on and calculate the amplitude that the photon will reach detector . In this case we will get , which gives probability (since ). We can then switch to input and repeat our calculations. All possible paths and associated amplitudes are shown in 3.4.

Figure 3.4: All possible transitions and their amplitudes when we compose two beam-splitters, as described by the matrix above.

However, instead of going through all the paths in this diagram and linking specific inputs to specific outputs, we can simply multiply the transition matrices: where